What Is A Feral Cat?

Feral cats, also known as community cats, are cats born and raised in the wild or cats who have been abandoned or lost and turned to wild ways in order to survive.  While some community cats tolerate a bit of human contact, most are too fearful and wild to be handled.  Community cats often live in groups, called colonies, and take refuge wherever they can find food.  They will also try to seek out abandoned buildings or deserted cars—or even dig holes in the ground—to keep warm in winter months and cool during the summer heat.

TNR is the method of humanely trapping community cats, having them spayed or neutered and vaccinated against rabies, and then returning them to their colony to live out their lives.  TNR also involves a colony caretaker who provides food and adequate shelter and monitors the cats' health.

TNR has been shown to be the least costly and the most humane, efficient way of stabilizing community cat populations.  TNR helps stabilize the population of community colonies and, over time, reduces them.  Nuisance behaviors such as spraying, excessive noisemaking and fighting are largely eliminated and no additional kittens are born.  By stabilizing the population, cats will naturally have more space, shelter and food and fewer risks of disease.  After being spayed or neutered, cats living in colonies tend to gain weight and live healthier lives.  Spayed cats are less likely to develop breast cancer and will not be at risk for ovarian or uterine cancer, while neutered males will not get testicular cancer.  Neutering male cats also reduces the risk of injury and infection, since intact males have a natural instinct to fight with other cats.  Spaying also means female cats do not go into heat. That means they attract fewer tom cats to the area, which reduces fighting.

Community cats face many challenges.  They must endure weather extremes such as cold and snow, heat and rain.  Community cats face starvation, infection and attacks by other animals.  Unfortunately, almost half of the kittens born outdoors die from disease, exposure or parasites before their first year.  Community cats face eradication by humans.  Poison, trapping, gassing and steel leg-hold traps are all ways that humans—including some animal control and government agencies—try to kill off community cat populations.  If a community cat survives kittenhood, his average lifespan is less than two years if living on his own.  If a cat is lucky enough to be in a colony that has a caretaker, he may reach 10 years.  Community cats who live in a managed colony—a colony with a dedicated caretaker who provides spay/neuter services, regular feedings and proper shelter—can live a quite content life.

Ear-tipping is a widely accepted means of marking a community cat who has been spayed or neutered.  It also often identifies them as being part of a colony with a caretaker.  Ear-tipping is the humane, safe surgical removal of the top quarter-inch of the left ear.  The procedure is performed by a licensed veterinarian, typically during the spay/neuter surgery and rarely requires aftercare. Ear-tipping prevents an already-spayed or neutered cat the stress of re-trapping and an unnecessary surgery.

All above information provided by ASPCA.org


Tiny Tigers Rescue monitors and maintains 7 feral cat colonies in Mt. Airy, NC.  This means we check on and feed the cats in these colonies on a daily basis, rain or shine.  We practice TNR at these colonies to prevent further breeding and, in time, to reduce the number of feral cats in the community.  Below, you can find pictures taken from some of the colonies we monitor. 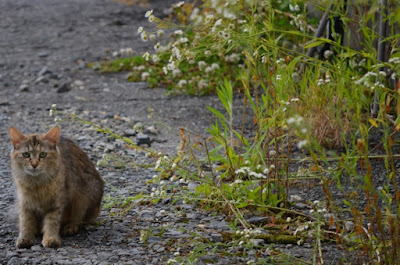 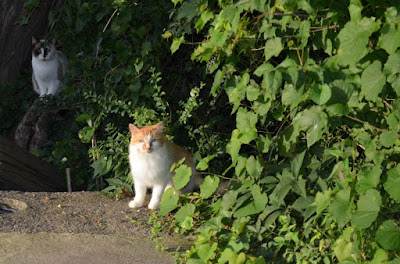 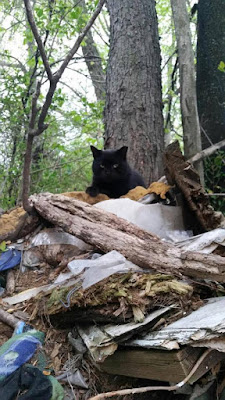 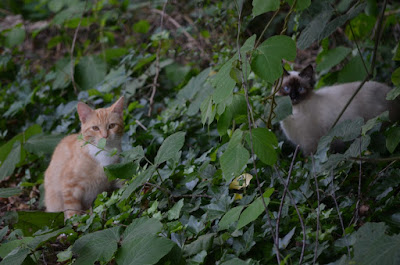 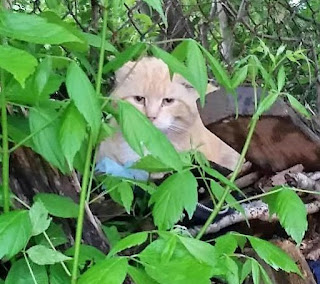